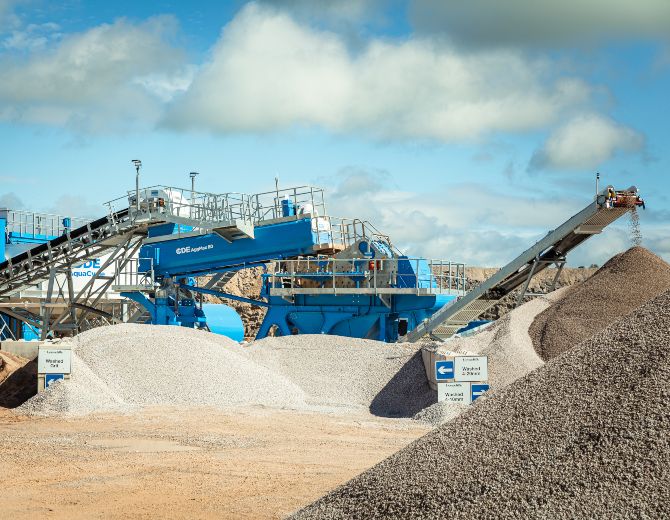 Download Brochure
A solution to grit problems: A case study in partnership with Northumbrian Water. 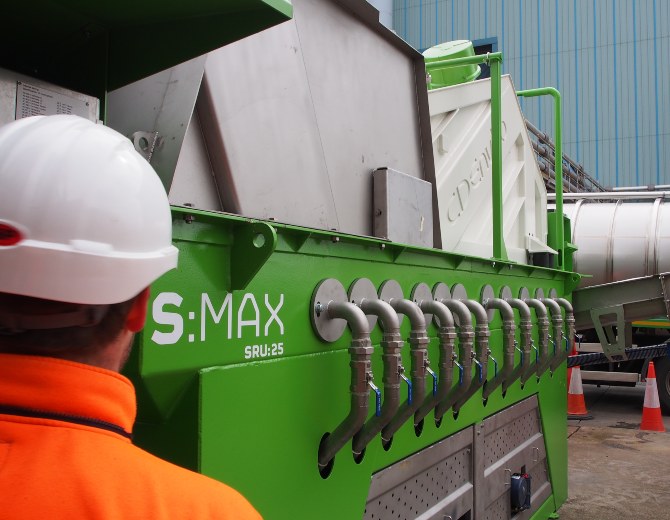 The effective removal of rag and grit can save operators money on unnecessary maintenance and downtime.

Grit accumulates in all stages of the wastewater process and brings with it both acute and chronic effects. Short term issues include screen blinding, reduced throughput and pipe and pump blockages. The long-term effects are even more problematic and include excessive wear, reduced capacity in the digester and the resulting cleanout costs, not to mention the need for additional resources for sludge redirection.

These problems have almost become tolerated in treatment works today with operators becoming comfortable with a duty/ standby approach being adopted. This, however is not addressing the core issue; rag and grit should be removed as quickly as possible to ensure the most efficient flow process. 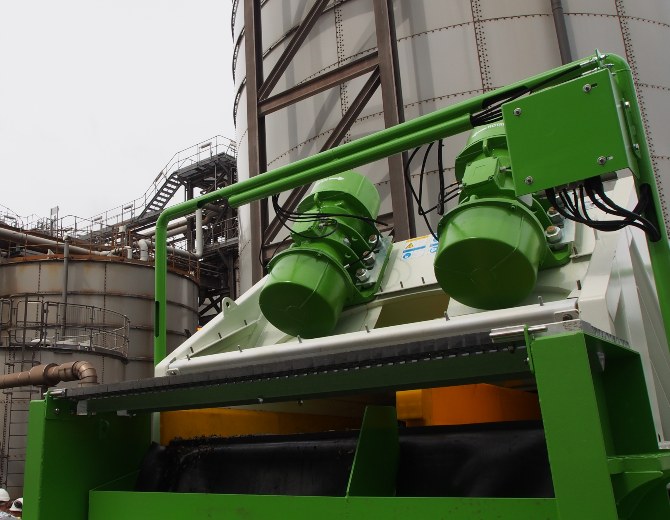 Bran Sands, located in Middlesbrough, is one of the largest waste water treatment sites in Northumbrian Water. The site brings in sludge from satellite sites alongside an indigenous feed. The sludge is used to produce biogas and the site has a total capacity of 4.7 MW. Over 40,000 tonnes of dewatered sludge is produced every year. In August 2016 CDE installed a S:MAX G at Bran Sands Wastewater Treatment site with the aim of removing the rag and grit in the imported sludge coming to the facility.

The goal was to show how this could affect the changes to digester tank cleanout intervals. The site has three digestion tanks which require a clean out every seven years due to a build-up of grit, ultimately reducing the biogas generating capacity. For the sake of a controlled study only imported sludge was used in the project which amounted to 9000m3 over a five-week period. This accounts for approximately 30% of the incoming sludge. This sludge was screened at the satellite sites and transported to Bran Sands where it was pumped through the installed equipment.

The rag and grit were collected in different skips which were then measured to calculate the resultant weight. Screened sludge then proceeded through the normal path and into the digestion tanks before being used to created biogas. Rag was collected into a compactor to undergo final dewatering before being deposited into a skip. Meanwhile grit was discharged down the chute and into a separate skip after passing over the dewatering screen.

Prior to the project, this large amount of rag and grit, would have passed through various pumps, holding tanks and processes before entering the digester tanks.

Some grit will also remain in suspension in the digestion tank. Based on the project conducted it is estimated that in this time period, 889 tonnes of grit would be removed. This total included any grit that may remain in suspension. It is evident that a removal of rag and grit at the pre-processing stage avoids, from the outset, both the acute and chronic effects caused by the accumulation of such materials.

Effective grit removal will not only prevent unnecessary abrasion and wear and increase dewatering effectiveness at the decanter stage but will also maintain optimum capacity in tanks for longer, therefore significantly increasing the time period between digester cleanouts. 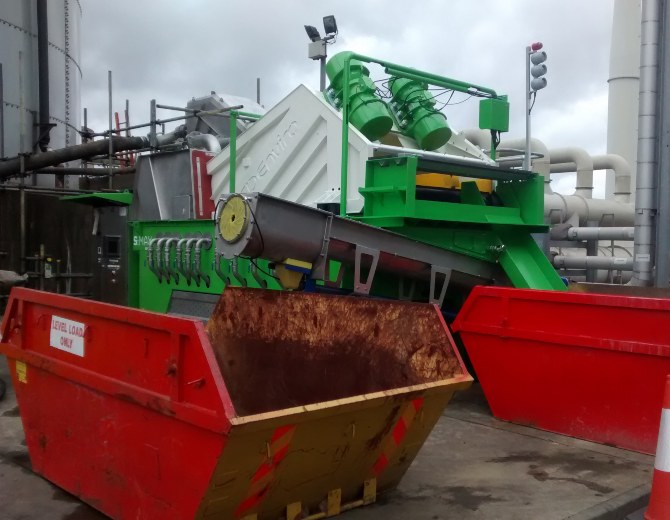 Grit removal, although necessary, brings with it some uncertainties with regards to budgeting for operational expenditure (OPEX). A TOTEX (Total expenditure) approach is one that has already been broken into CAPEX (capital expenditure) and OPEX by the supplier making it a simpler process for the client.

This ensures that the full lifecycle cost of the grit removal system is known to the client from the very beginning. TOTEX makes budget-forecasting during the new Asset Management Period (AMP) a much simpler process due to the fixed rate given to the client at the start of the process. This allows them to see how much the equipment, including spares in the aftersales phase, will cost them over a longer timeframe rather than over the first year. Throughout both the project delivery and the aftersales phases the advantages of TOTEX continue.

No unexpected costs will arise during installation (for craneage, labour) and because the supplier is involved in a long-term project (sometimes over a twenty-year period) the client is assured of long-lasting success. It is in the best interest of the supplier to keep the processes running as smoothly as possible throughout the entire AMP cycle.

In addition, it is evident that systems being installed now are far superior to equipment commissioned 15 years ago. In undertaking a TOTEX approach clients’ assets can develop as the supplier’s Research and Development (R&D) makes improvements to their systems. Therefore, the R&D Department are not just working on equipment for future installations but rather they also remain focused on working to upgrade previously installed systems.

The TOTEX model, adopted by CDE, aims to make unknown costs certain by removing CAPEX entirely at the beginning of the process and setting a fixed rate for OPEX. Therefore, potential risks are reallocated from the client back to the supplier.

What is clear is that the problem of grit does not need to be tolerated by operators. Effective separation and removal of grit from sludge at an early stage is possible and essential for avoiding damage and wear on the complete treatment system. A TOTEX model prevents the need for speculation around future costs in grit removal systems by removing any potential peaks and troughs in expenditure.

The TOTEX approach ensures proactive deployment of equipment to minimise downtime periods. In addition, the client is kept up to date with developments in technology as they occur. Ultimately this will increase productivity and decrease expenditure. A long-term vision for solving grit problems is most effective. 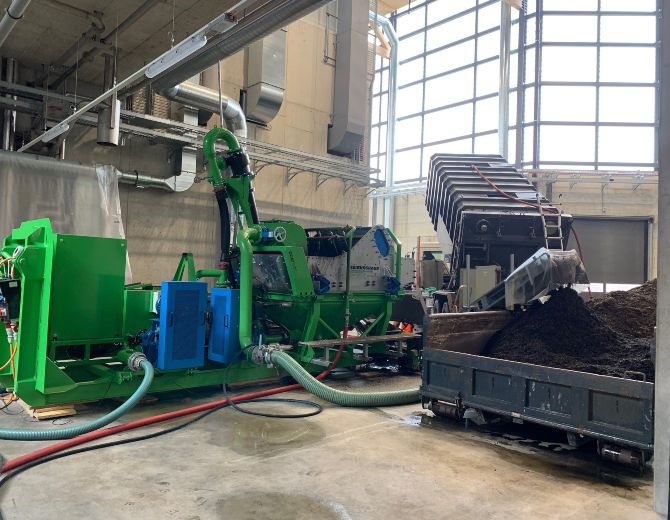 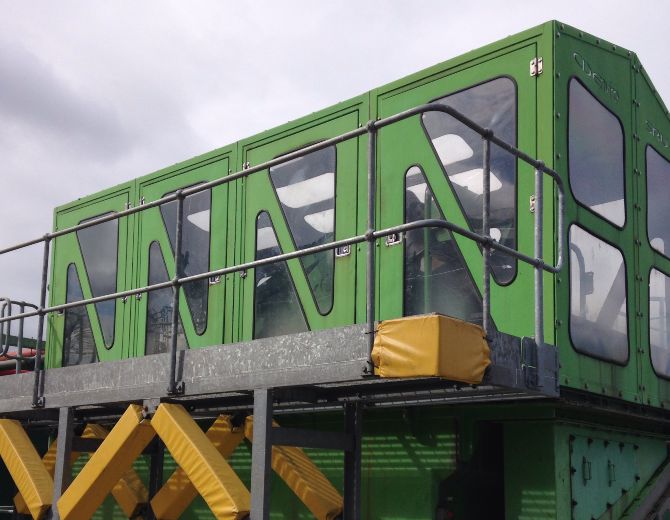